Recognition of the right is a virtue

Recognition of the right is a virtue

This is the principle that Domino's pizza has gone on to get out of the recession it was in.
At first, Domino's changed its pizza recipe, and of course, it was not an easy need for any brand, but the surprise was the emergence of a group of people in its advertising campaign, which was what the Domino's pizza was terrible. Domino's was daring by admitting the ugliness of the pizza she was serving, but what do you think, can people accept the confession of this, and did they consider Domino's been deliberate offering a bad product to them?
The surprise is that after recognizing this and the new recipe, Domino's sales and shares increased by 200%, because its honesty and transparency helped her gain the confidence of her customers again. If Domino's place was possible, what would you do to get your product out of the recession? 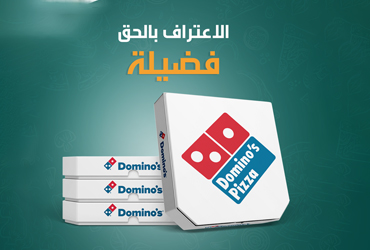